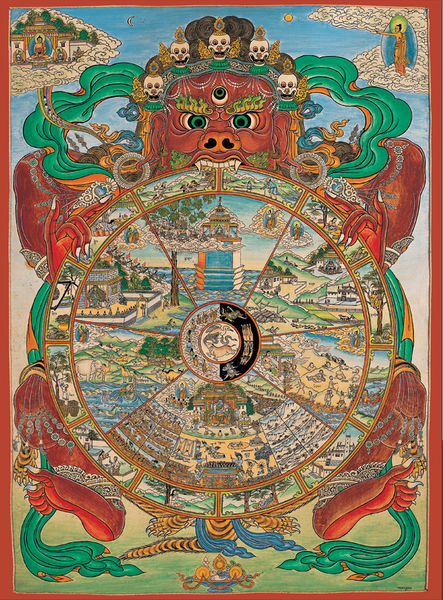 The Wheel of Life (Bhavacakra) is commonly seen on the entrance walls of monasteries and on painted scrolls and woodblock prints throughout Tibet and the other Buddhist countries of the Himalayan region. In graphic form, accessible to everyone including those who cannot read, it illustrates the essence of Buddhist teachings, the Four Truths: the existence of earthly suffering, its origin and cause, the ending or prevention of misery, and the practical path to liberation from suffering. Picture by picture, the Wheel reminds us that everyone is responsible for his or her own fate because, according to karma, causes and their effects are the fruits of one’s own deeds.